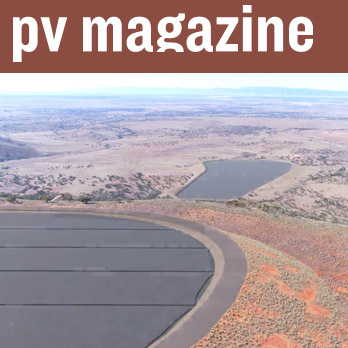 At the Pumped Hydro and Battery Storage Conference last week, Altura Group, developers of the now shovel-ready Goat Hill pumped-hydro energy storage (PHES) project in South Australia, announced a trio of projects for the east coast of Australia, totalling more than 1 GW in PHES capacity that would be ready for deployment by the mid 2020s.

The renewable industry at the combined Informa Energy and Investment Series of conferences, which also included the Large Scale Solar Conference, was emphatic in its agreement that a roll out of dispatchable energy-storage projects — both battery and pumped hydro — is essential to enable penetration of the committed and proposed pipeline of large-scale renewable energy projects into the grid, to effectively replace retiring coal-fired plants throughout the National Electricity Market (NEM).

Altura Group Director, Christian Reilly, identified his proposed portfolio with the Step Change Scenario of energy transition outlined in the Australian Energy Market Operator’s (AEMO) Integrated System Plan (ISP), saying the opportunity identified in this accelerated ISP scenario is — in addition to Snowy 2.0 — for “a couple of gigawatts of pumped hydro,” by 2025.

More renewables than the grid can cope with

Conference participants were largely agreed that the development of renewable-energy capacity is ahead of the ISP’s business-as-usual Central Scenario, and Mark Williamson, Executive General Manager of the Clean Energy Regulator, which administers Australia’s wildly successful Renewable Energy Target, said at the conference that new delivered renewable capacity, which he predicted would again hit 6 GW across Australia in 2020, “looks like it’s way ahead of the Step Change Scenario in the ISP”.

Said Reilly, who attended the conference with co-director of Altura Group, Rosahlena Robinson, “We think our model for pumped hydro can contribute to these projects coming to market within the next few years, which provides the impetus for this sector to displace coal and support significant volumes of variable renewable generation.”

Altura Group’s model, based on the Goat Hill project, near Port Augusta in South Australia, is for closed-loop, off-river pumped hydro systems, providing up to 400 MW over 8 hours, or 4,800 MWh of storage, and situated as close to load as possible, but always on strong or soon-to-be-upgraded transmission lines. 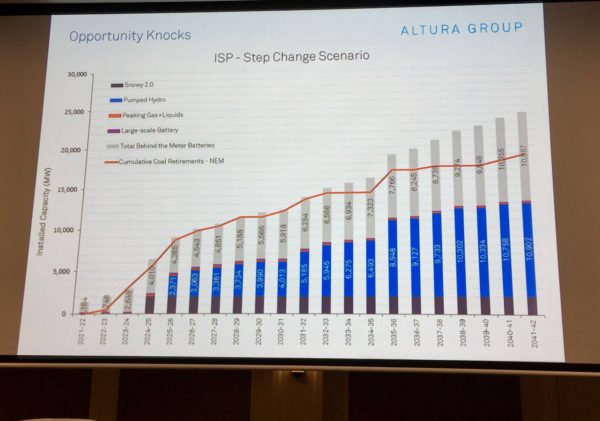